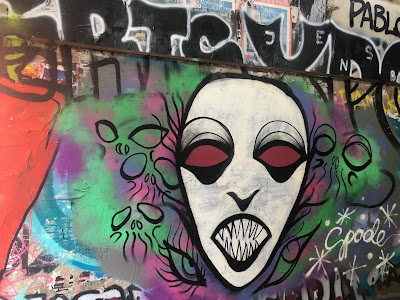 Collin and I spent New Year's in Sofia, Bulgaria, visiting my great friend and Fever teammate Jules. She's doing a PhD at Ohio State on Bulgarian folklore and the return of young people to the village. We could not have found a better tour guide!

Lucky for me, we overlapped for one night with another wonderful Fever teammate, Dorf, who just finished her PhD at Columbia University on solar production of hydrogen fuels. In short, we explored rad street art, Eastern Orthodox cathedrals, delicious pastries, and a new alphabet with awesome nerdy frisbee people. 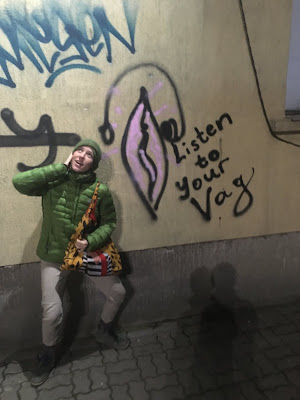 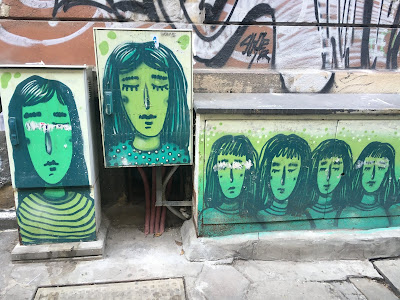 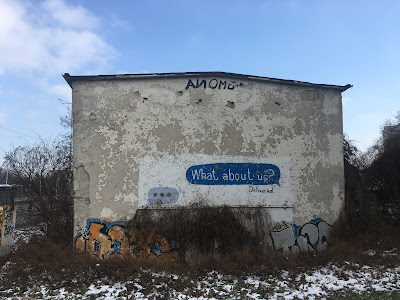 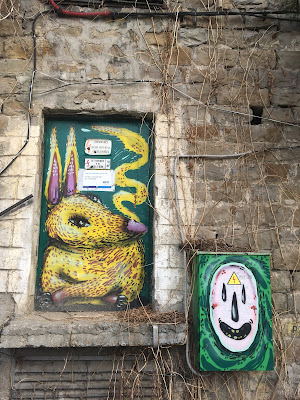 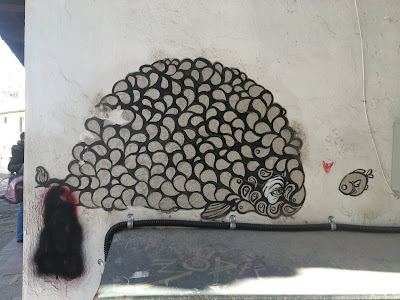 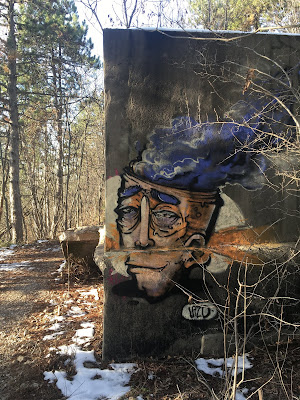 We visited three Eastern Orthodox cathedrals and caught two singing performances by priests. The music sounded eerie and mournful to my ears, but maybe the songs were joyful, I really couldn't tell. Long, thin tallow candles burned all around us. Church-goers can buy and light a candle to make a prayer. If the prayer is for a living person, the candle is placed on a tall golden pedestal. Prayers for the the dead are set lower down.

I love learning new alphabets. Reading signs becomes a game, and it's a lot easier that learning a language. The Bulgarian alphabet is a version of Cyrillic.

Some letters are pronounced the same in Bulgarian and English, like A, O, K, M and E.

Okay, your turn! Can you tell what this word says? СOФИЯ

How about this one? НИHA


We took a road trip to the historical capital, Veliko Tarnovo. The city is famous for Царевец (Tsarevets), a fortress of the Second Bulgarian Empire from 1185 and 1393 AD. 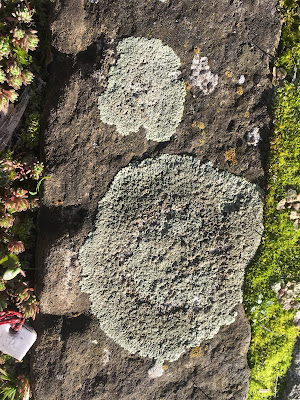 
We slept at Рилски манастир, or Rila Monastery, for a night. This compound, nestled in the snowy Rilska River valley, is Bulgaria's largest Eastern Orthodox monastery. It honors Saint Ivan of Rila who spent the years of his life subsisting on herbs in a cave to become closer to God.


Monks banged wood in the mornings and evenings. Snow fluttered down in thick flakes at night. We appreciated the silence and stillness of this retreat, but were grateful for our heated room and soft beds.


My favorite part of this trip has been баница, or banitsa (emphasis on the first syllable). It's a squishy breakfast pie of layered filo pastry and a mixture of egg and salty feta cheese. I would move to Bulgaria for the баница.