The Wildlife of Honolulu International Airport

Christmas Eve traditions made way this year for a new adventure: Hawaii.

We had a layover at Honolulu International Airport on O'ahu where we found a courtyard filled with anoles, geckos, and lots of little birds.

A short island-hop later, we made it to our destination: the oldest, greenest inhabited Hawaiian island, Kauai! This island is divided into four sections. 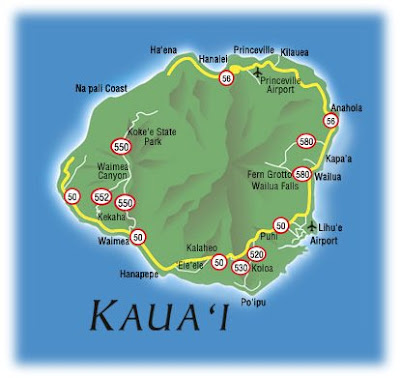 The South Coast is the sunniest region, and the best for swimming in the winter months due to kinder currents. It's where most dive shops and resorts are housed.

The East Coast includes the airport in Lihue, where we landed, as well as the towns of Nawiliwili, Kapa'a, and Wailua.

The North Coast, where we're staying, is known for rain. (We couldn't bear to miss our Seattle weather over winter break! But the showers here come and go in five minutes, and the droplets feel like a warm shower.) The north side is also famous for its lush green jungle (Jurassic Park was filmed here) and its rugged, rocky shoreline called the Na Pali Coast. The town on this side of the island is named Kilauea, and the well-kept-but-outdated-feeling, golf-course-focused tourist hub where we're renting a condo is called Princeville.

The West Coast is the enigma: only a few miles from the end of our road, but due to geological barriers, the road doesn't go through. To reach sites like Waimea Canyon on the west, we'll have to circumnavigate the island, a journey that takes around two hours.