Plan A: meet our pre-arranged Ecuadorian guide at the bus station for a hike to El Gran Canyon, The Grand Canyon, purportedly the most magnificent site in Tena.

Plan B: wait for our guide until we are sure he is chuchaqi (hungover) from Carnaval and not coming; take the bus by ourselves somewhere else.

We ended up using Plan B. When even the optimists in the group decided our guide wasn’t coming, we decided to strike out for Los Lagos, a nearby waterfall hike. I’m sure the waterfalls weren’t as spectacular as the Grand Canyon, but they made for a fun outing. The trail was composed of knee-deep mud, and it culminated in a crowded, cold pool and crashing waterfall. 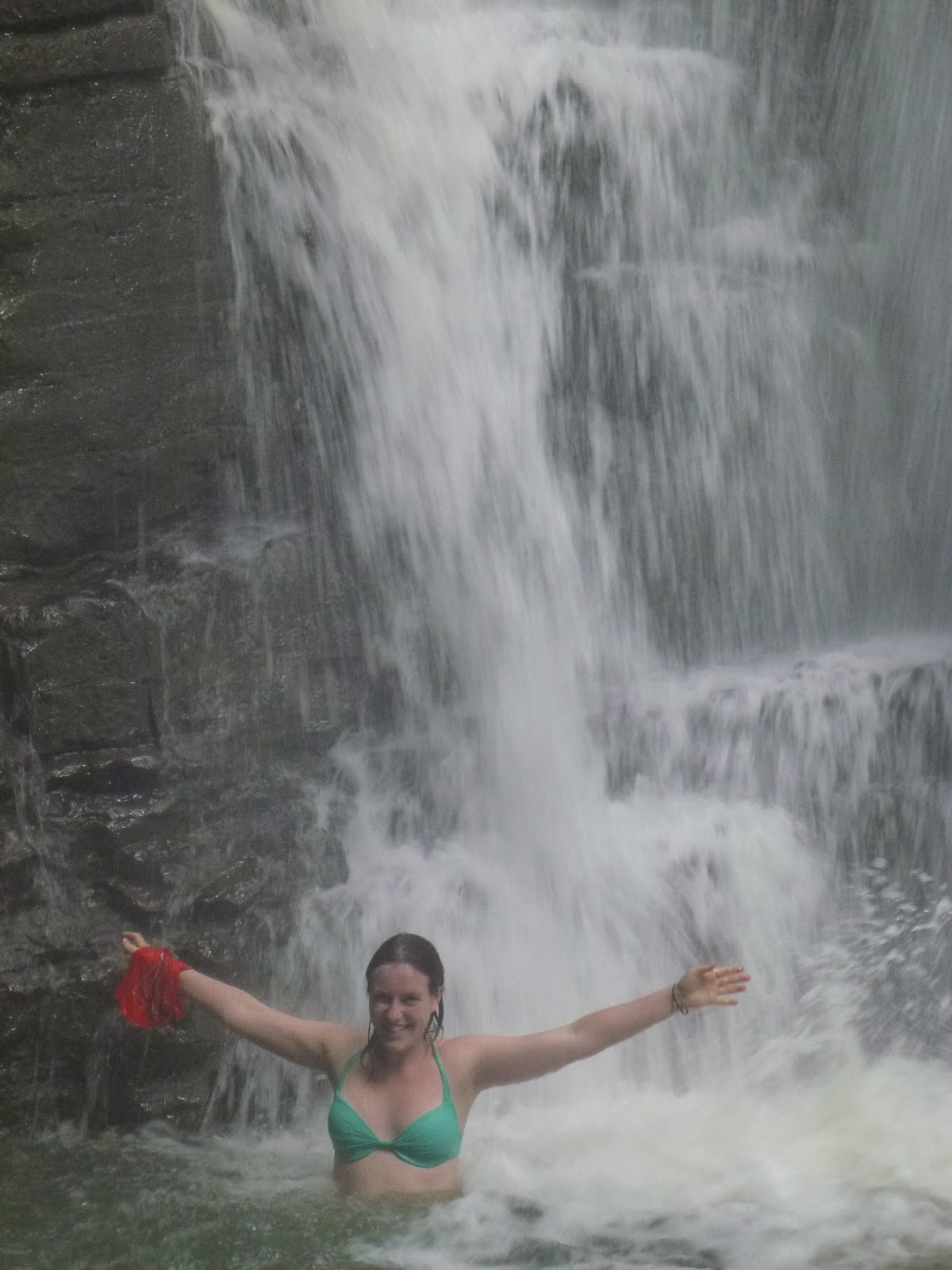 On the way were other cool sights, like a section of pure rock through which the river had carved a deep channel (a natural waterslide for the brave of heart/brave of butt), a huge hairy black-and-orange tarantula wandering down the path, and a little boy with a full-grown boa around his body. 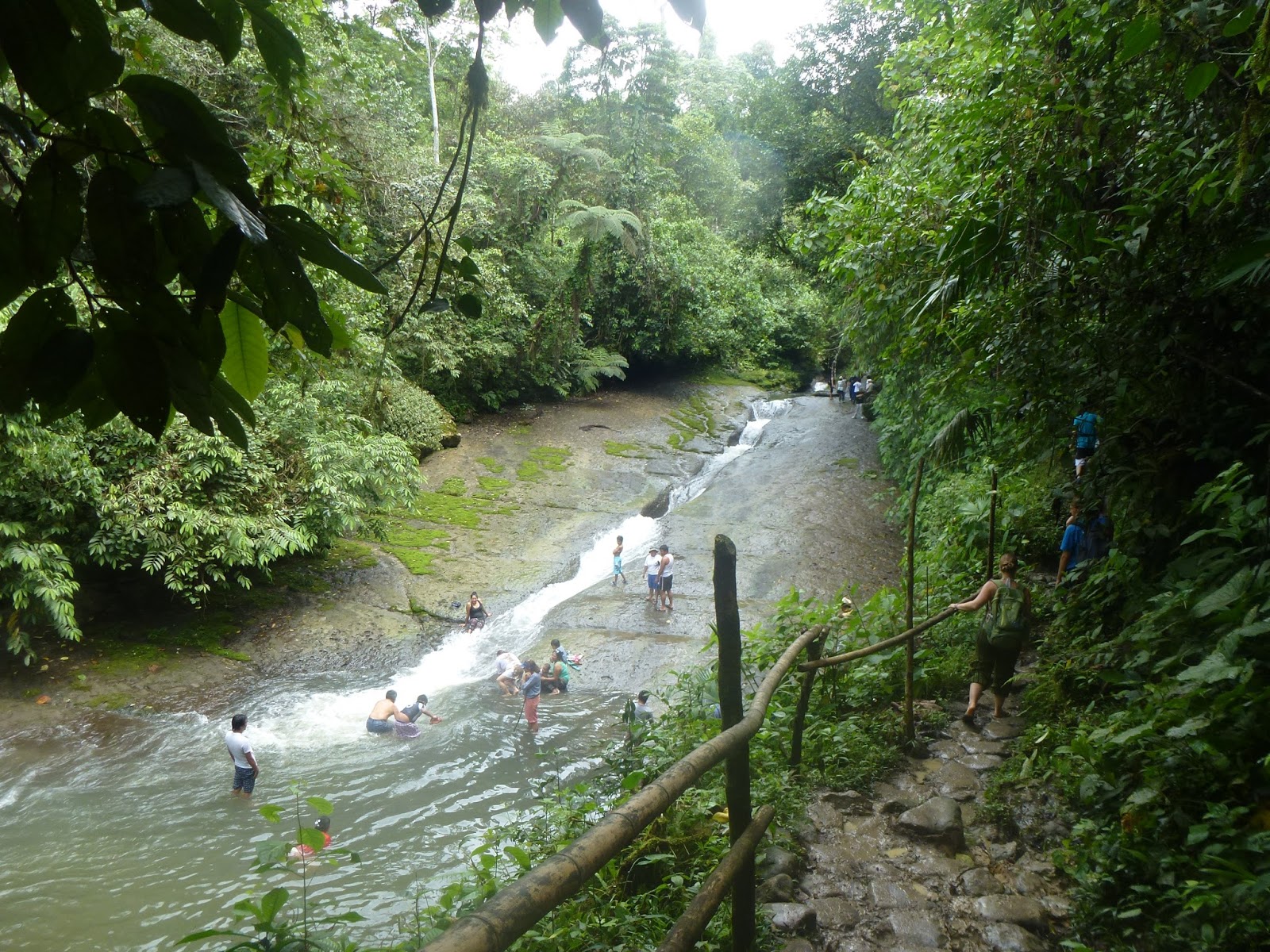 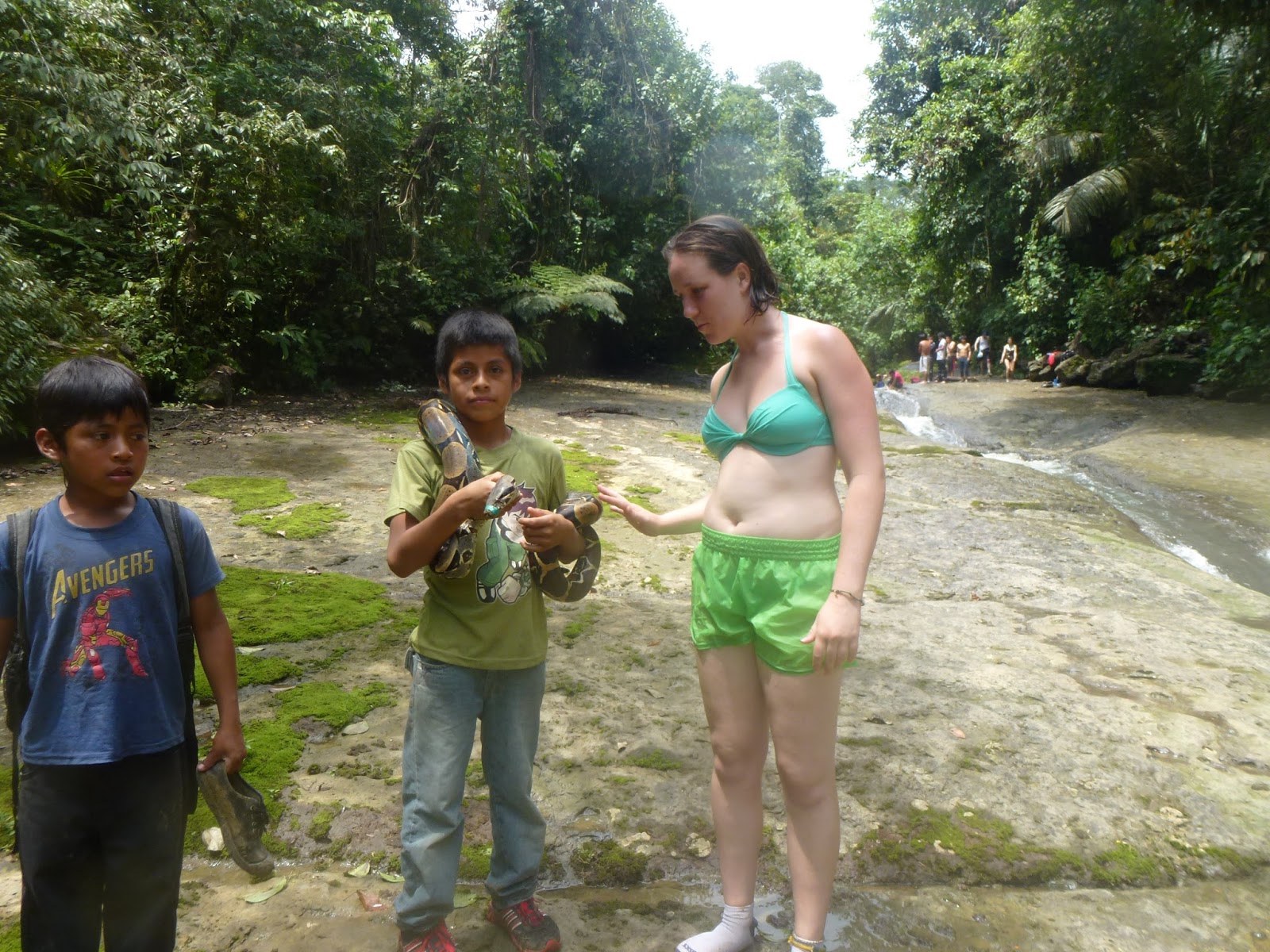 I discovered the boy when I got bored sitting around in the pool, so I decided to go exploring for snails and moss and other mundane organisms. Instead, I found an enormous boa and his keeper! The boy was hanging around nonchalantly, trying to play it cool, but he was obviously excited to get my attention – and then the attention of all eight German volunteers as they crowded around. I shamelessly asked to hold the boa a couple times and even got my photo taken with it, but I don’t know where that picture disappeared to.

The boy reminded me so much of myself as a little girl, when I would catch turtles from the campground lake or snakes from the woodland park and show them off to anyone who would look. (Let’s be honest, I still do that.) The boy explained how he had found the snake in the woods yesterday and taped its mouth shut so it wouldn’t bite. He said he was planning to release it in a few days.

At the end of the day, as we were walking down the main road to the bus stop, we spotted the same boy walking with his little brother – but there was no snake to be found. The boy’s backpack looked pretty full, though. I guess that makes as good a boa-carrier as anything!