The Shingle Beach of North Norfolk

On Monday, March 29, the United Kingdom moved into Step One in a four-stage "roadmap out of lockdown." We've been weaving in and out of COVID-19 restrictions for a year now, and on Monday we emerged from three solid months of the highest-level lockdown, which began the day after Christmas.

For once, the weather of Norwich was celebrating with us. I spent a glorious sunny Monday walking the University of East Anglia campus, taking a socially-distanced walk with my classmate Joanne (the first time I've met her in person), and... drumroll please... playing ultimate! Organized sports are allowed with some modifications. We can't mark or stall-count, and we sanitize the discs between drills.
Pulling, marking up, defending, handling, cutting, catching, throwing, winning, losing, cheering, communicating, teaching, learning, sweating, getting grass stains and bruised knees: I can't put into words how happy I felt. Running around on the pitch (as they call it here), out of practice and out of shape, greeted by familiar faces from the early fall, it was like something I'd lost and been trying not to think about for months had suddenly turned up, and everything seemed so much brighter. 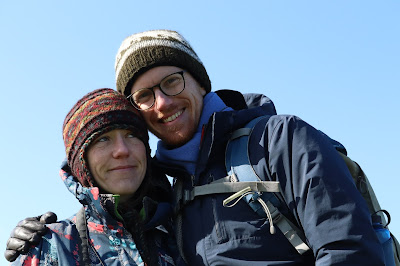 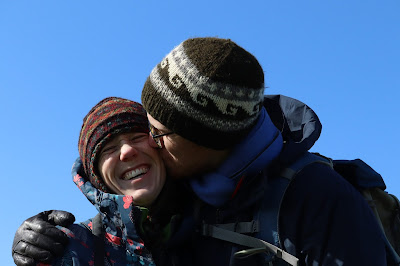 For the past three months, we have been completely avoiding public transportation. Because we don't have a car, that means we've been existing within the dimensions of where we can walk, run or bike. In Part One of the lockdown exit strategy, we're allowed to use the train again.
My housemate Molly, a plant geneticist from Wisconsin who spends her days emasculating barley in a lab, had never laid eyes on the ocean from the United Kingdom. So, on Good Friday, Molly, Collin and I took the train an hour north to the fishing and tourist town of Sheringham. Our plan was to ride a bus on to Cley Marshes. As we sat huddled in the Coast Hopper bus stop, a kind stranger approached.
"Aren't waiting for the bus, are you?" she asked. "No busses been through here all day. Won't be running around Easter, they won't."
No signs, no warning on the website, just common knowledge. We thanked her and found a taxi company that was happy to take us to Cley for about the same cost as three bus fares.
In the village of Cley, we stocked up on "vagina bread" (mislabeled at the bakery as fougasse) and fresh mackerel pâté before heading out along the Norfolk Coast Path. We had eight miles of shingle beach to trek back to Sheringham, where we'd catch an evening train home to Norwich.