What separates a weekday from a weekend during a pandemic lockdown? How do we move from home to somewhere new, while staying local and off public transit? When do I get a break from this dang laptop screen?
Last week, I decided I needed to get out into a new part of nature - badly! My housemates and I have been exploring the parks and streets of Norwich by foot, but this weekend, Collin and I took a (slightly) longer journey by bicycle. About eight miles from home, we arrived at Strumpshaw Fen, a marshy woodland and meadow preserve run by the Royal Society for the Protection of Birds, known as RSPB.

After walking the Woodland Loop at Strumpshaw, we had an hour of daylight left, so we biked a mile up the road to another RSPB preserve, Buckenham Marsh.

As we unlocked our bicycles for the chilly nine-mile ride home, a pair of birders gasped and pointed at something across the marsh.
"A barn owl!" I heard one say to the other.
Collin and I scurried over, unused to human interaction and keeping the awkward six-feet-plus COVID distance.
The pair pointed to a beautiful white owl with a round, flat face. She was swooping casually from fence post to post. Not in any hurry to catch prey, not frantic with the hunt. She seemed to be an early riser, just getting her bearings at dusk. 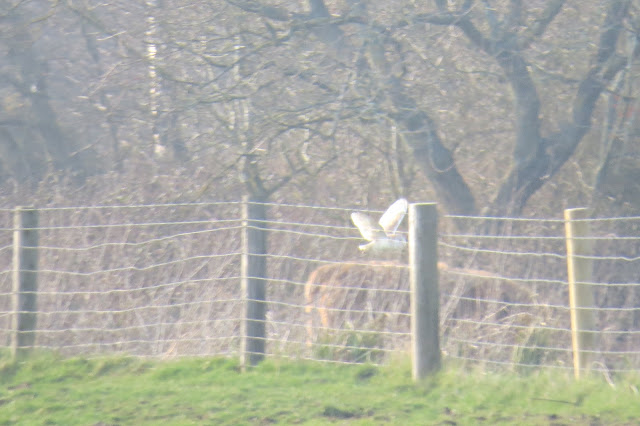 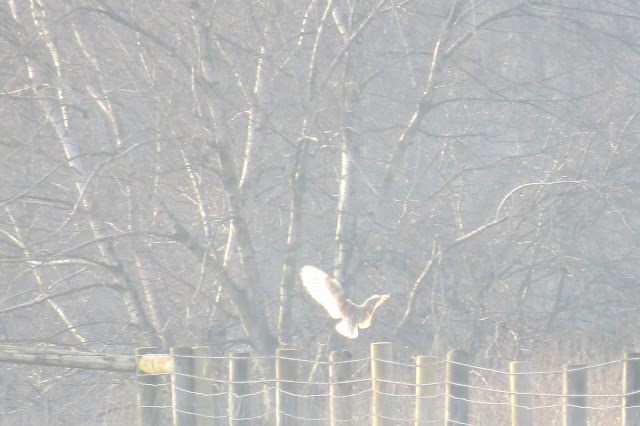 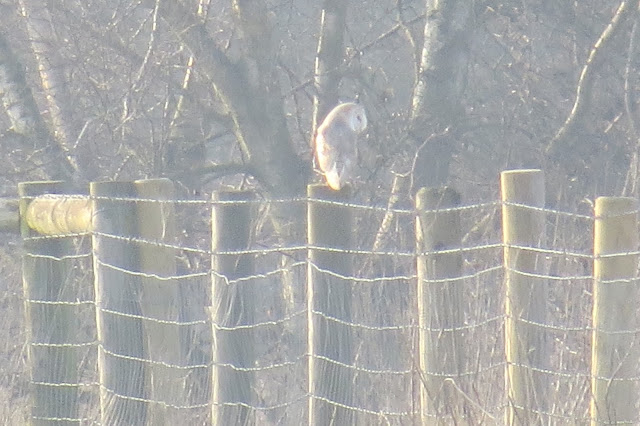