Dust and Blood: The Challenges of Writing Climate Change

For this piece, I tackled a pretty dense climate-model study. It made my brain hurt at first, which is usually a good thing! 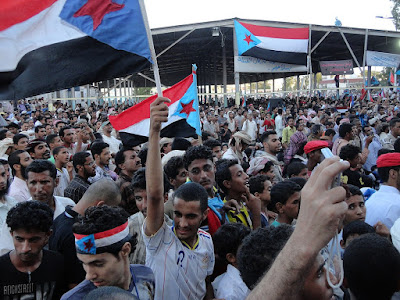 Yemeni protesters demand political change in October 2011. Tunisia, Egypt, Libya and Yemen toppled their leaders during the Arab Spring, and Syria has since spiraled into a civil war. Image by AlMahra via Wikimedia Commons (CC BY-SA 4.0).


In the process I got to interview three experts on climate change, conflict, and migration. I learned all about the Arab Spring and Syrian Civil War (which is still claiming lives and forcing families apart every day). I got to comb the Creative Commons archives of the internet for free photos, an incredible resource.

I also dove deep into the blogosphere and read all sorts of views about how to best represent refugees in photography. For example, I learned from reading Singular Things about the media's obsession with representing refugees as anonymous, expansive camps from above. This practice isn't great. It creates a huge separation between the reader and the subjects of the article, and it does nothing to tell their human story. For example, to represent the 78,000 Syrian refugees living at Zaatari Camp in Jordan, I could use:

In the end, I included both of these photos and more. I wanted to show the scale of the migration, since the original research article was an zoomed-out analysis of population flows. But I also wanted to bring in the human story. Because why else does climate change matter, if not for the real pain, loss, and change it brings to lives?

Scroll down to read the article and see the photographs I chose.


Shout out to Collin for the catchy title.