Descending the Tundra: Day Nine on the Alaska Road Trip

Today we took a disco hike. 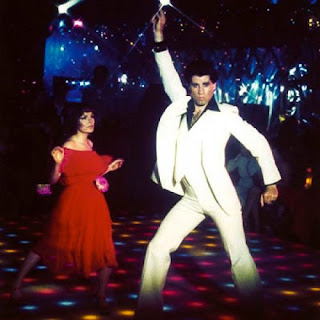 No, not a disco like that! Short for “discovery hike,” it’s a Denali National Park thing that's bookable only one day in advance, in person, at the Visitor Center to ensure the hikers have seen the terrain and are still up for it. A ranger takes up to eleven hikers off-trail for the day, always on an original route. Of the two options – “moderate” and “strenuous” – we chose moderate, meaning we would have an elevation change of less than a thousand feet.

As we got dressed this morning, we kept in mind the 90% chance of rain and decided to put our rain-pants and rain-coats on first thing. As we waited for the notorious green school bus to pick us up, we made friends with some other disco-hikers and realized we would need all the layers we’d brought from Seattle: two shirts, leggings, fleece jackets and pants, parkas, hats, mittens, scarves, and rain gear.

By chance, our leader, Ranger Jakara, had planned our hike through the tundra near the center of the park, so we ended up taking the bus for three-and-a-half hours – just eight miles shy of yesterday’s destination of Eielson Visitor Center. Unlike yesterday’s wildlife bonanza, today we saw nothing but streaks of mud on the windowpanes, even though we squeegeed them clean at each rest stop.

Ranger Jakara asked our bus driver, Paul, to let us off at the next gravel turnout to hike up the riverbed. As Paul pulled over, we noticed two other buses on the shoulder.

“Want to make sure there’s no grizzlies?” joked Paul.

“Well, it would be nice…” she replied.

Indeed, a big brown grizzly was nibbling blue berries right off the road!

We decided to drive a little farther down the road before leaving the safety of our bus. Ranger Jak’s safety talk went like this:

Of course, most animal encounters will not be confrontations, but distant, peaceful sightings.

Almost immediately, we spotted four white-butted caribou with short velvety antlers on the ridge, all females or juveniles. I thought they would bolt when they caught sight of us, but they pranced closer with their magical reindeer gait. They seemed to be caught between curiosity and wariness. They would prance closer, then startle themselves at how close they’d gotten, standing alert with pricked ears and nervous shuffling. Then they’d get bold, prance closer, and repeat the process. It was very cute, and a little unsettling, but Ranger Jak said they weren’t dangerous. After a bit they went on their way, as did we.


Our goal was to discover our surroundings and play like children. I found a pile of old bear scat full of grass, the bears’ diet in July. Ranger Jak said fresh scat would be pure berries. Then, another hiker found a pile of berry scat! From then on, we went around the corners yelling, “Hey bear! Hi big bear!” to make ourselves especially obvious. We also encountered a spongy scapula (shoulder blade) from some long-deceased mammal, and a femur (thigh bone) from another.


The next treasures we came upon were tracks.

“Do you know how to tell a caribou footprint from a moose?” asked Ranger Jak. The caribou print is C-shaped due to the animals’ flexible, ice-gripping toes, while the moose print is heart-shaped.

The best part about the hike was that we had no trail. Denali prides itself as “the park with no trails,” which isn’t completely true, but the rangers did encourage us to walk anywhere, anytime – the green buses will drop off hikers or pick them up anywhere they ask. The key is to spread out over the vast land so that no one area is overly impacted. We picked our way along the rocks of a dry creek bed, then veered to the right to climb a mossy ridge between our drainage and the adjacent one. There, I tucked into a grassy cove to protect myself from the wind and ate my lunch of leftover pad thai.

Then came the excitement of getting down the other side. The grade was so steep, I easily could have rolled down with accelerating speed, but the thick mat of lichens, club mosses, sphagnum, grass tussocks, and wildflowers gave us good traction to dig our boots into.

I could admire a single square foot of tundra groundcover for hours. The diversity of shapes, textures, and colors is mesmerizing.

Please pardon me as I get a little lichen-crazy. It's just the coolest darn plant-fungus around! Also be aware that my identifications are probably wrong. I'm basing them on this pamphlet: Lichens of the National Forests in Alaska.


The way back was lengthened by blustering winds and slanted drizzle. A pair of hikers approached us with news of a grizzly in the area. We found fresh berry scat among the rocks, and soon spotted its originator about 250 yards away up the next hill over. Although he could certainly smell and hear us, he was more interested in the blueberries he was eating, and he paid us no mind. We all watched him for a few minutes before increasing our distance and heading back to the road.


Once there, the real drudgery began. My soaked gloves seemed to gnaw at my soggy fingers, my scarf dripped water down my shirt, and my toes went numb. My rain pants had done nothing to protect against the damp: I could tell my leggings were wet as a sponge. We stamped our feet and huddled in a culvert, waiting for a green bus to save us, but the next one to pass had room for only two people. Jane and I started hiking up the road to keep warm. Eventually we all got on a bus going in the wrong direction, and the driver let us transfer when he passed a bus heading back to the entrance. It was a long, wet, muddy four hours back!

I ran, barefoot and shivering, into the main visitor center’s bookshop for a book of Alaskan postcards, and we thawed back at our hotel with a microwaved tupper of chicken noodle soup and some Fred Meyer dumplings. Yummmmm…